Nature-based solutions (NbS) can play an important role in helping the UK to adapt to the impacts of climate change, including sea-level rise, floods, droughts and heatwaves. NbS involve stakeholders working together to protect, restore, connect and enhance the natural assets that underpin the resilience of our economies, health and well-being, providing benefits for both people and nature. Globally, there are many initiatives to protect forests and plant more trees with the aim of capturing and storing carbon, but there is much less recognition and support for the role of NbS in climate change adaptation. In this report, we summarise evidence on the many ways in which NbS can address climate impacts in the UK, and explore the barriers and enabling factors that influence their wider uptake. We show how NbS can help to address 33 of the 34 risks identified in the third Climate Change Risk Assessment (CCRA3), how they can help us adapt to a 2°C warmer world, and how they can be better integrated into UK and Devolved Administration policy, including in the next round of National Adaptation Plans.

We found evidence that a wide range of NbS are being deployed in the UK, protecting and enhancing the services that nature provides. As sea levels rise, saltmarshes, dunes and seagrass meadows are helping to protect against coastal flooding and erosion. Woodlands, hedgerows, heathlands and semi-natural grasslands intercept rainwater, prevent soil erosion and reduce flood risk to communities and infrastructure downstream, while restoring rivers, floodplains and wetlands to their natural functions is slowing the flow of floodwater and encouraging infiltration to recharge depleted aquifers. Ecological farming methods are restoring degraded soils, protecting food security and rural livelihoods from the impacts of unpredictable rainfall patterns, and agroforestry (trees on pasture or among crops) helps to protect and replenish soils while providing shade and shelter for crops and livestock. In urban areas, trees, parks, green roofs and walls, and sustainable drainage systems help to cool cities during heatwaves, as well as reducing stormwater runoff and urban flooding. And in the UK Overseas Territories, mangroves and coral reefs can protect coastal communities from tropical storms, while restoring cloud forests safeguards vital water supplies.

A key strength of NbS is that they deliver multiple benefits for people and nature. They tackle both the causes and effects of climate change, not only simultaneously protecting against several different climate impacts such as floods and heatwaves but also storing and sequestering carbon in soils and vegetation, and sometimes enabling reductions in greenhouse gas emissions from other sources such as fertilisers and fossil fuels. They can provide attractive, nature-rich places for recreation, education and interaction with nature, supporting human health and wellbeing, and can provide new business opportunities such as through eco-tourism. And, by definition, all NbS also support or enhance the health and diversity of ecosystems, in contrast to engineered solutions that often have negative impacts on both climate and biodiversity. They can thus tackle both the climate and biodiversity crises while also supporting health and local economies.

NbS are often cheaper to implement and maintain than alternative climate adaptation options such as hard flood defences, and when all their multiple benefits are taken into account they usually have higher benefit: cost ratios. They can be used as standalone solutions or, in some cases, as part of a hybrid system that includes engineered or technological options, which may be necessary to provide full protection against extreme events such as large floods. However, there can also be some trade-offs between societal objectives, and around the distribution of costs and benefits. For example, planting new woodland on agricultural land to reduce flooding downstream will reduce food production, and could displace impacts elsewhere. To maximise benefits and address any trade-offs, NbS need to be well-designed and managed at the landscape scale by stakeholder partnerships that include local communities, to ensure that the right interventions are used in the right place, following good practice guidelines. Although support for NbS is growing, a number of barriers currently limit the wider uptake of high quality NbS. These are related to a lack of information on NbS costs and effectiveness, lack of accessible finance, governance challenges, and inappropriate regulation, legislation and procurement processes that fail to recognise the multiple benefits that NbS can deliver. It’s vital that governments across the UK transform their approach to NbS and apply the recommendations set out in this report: for the benefit of nature, climate and future generations. 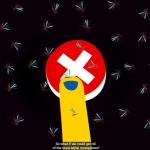 Ethical dilemma: Should we get rid of mosquitoes? – Talya Hackett 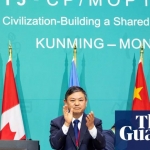 What is Nature Positive? Listen to this podcast to find out 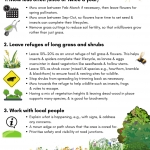 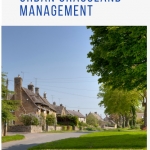 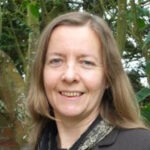